“And this, our life, exempt from public haunt, finds tongues in trees, books in the running brooks, sermons in stones, and good in everything.”  William Shakespeare 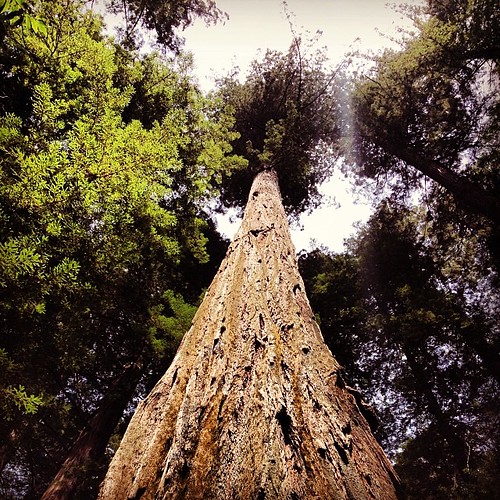 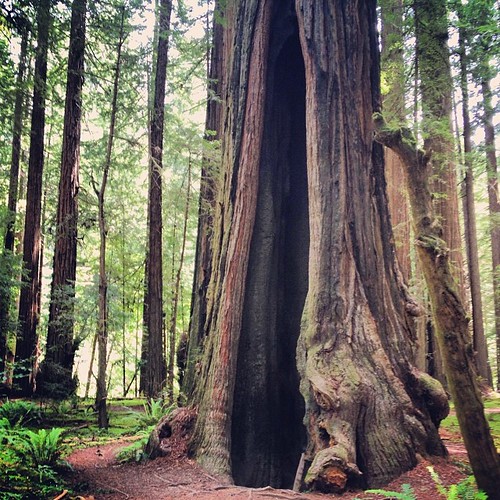 Yesterday we hiked through the Giant Costal Redwood Trees of Northern California and felt an overwhelming sense of serenity and connectedness with nature.  These trees, reaching so high into the heavens, that have been witness to a millennia hold a magical power that results in utter relaxation for the human psyche.  These are the oldest living things on Earth with a wisdom that speaks of slowing down, listening, and the interconnectedness of all things.  The process of growth and decay, but always one of regeneration, is beautiful to observe in all of its stages.  These magnificent trees, that are so tall and massive in scale, actually have shallow root systems and support themselves by intertwining with their neighbors.  They are a community. These forests have something to teach us about ourselves. 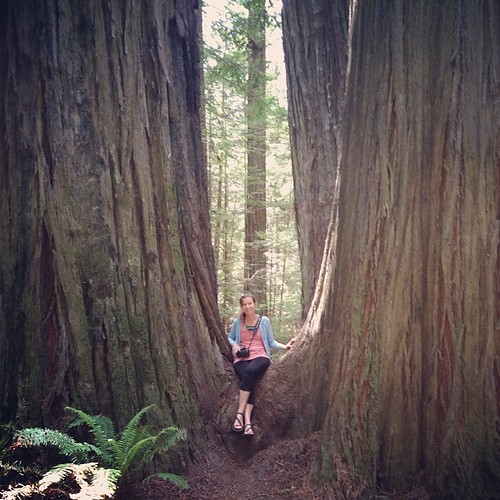 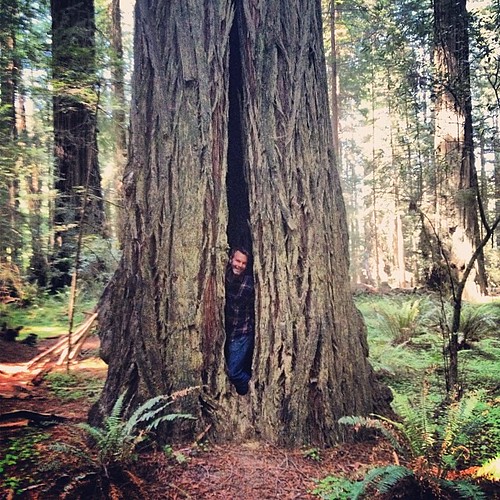 END_OF_DOCUMENT_TOKEN_TO_BE_REPLACED

There is something special about a place where the mountains meet the sea.  When the hand of man then adds to it by cultivating its richness and sculpting it with care a further beauty is revealed.  The Channel Island coast of California is an hour north of LA, where the coastline curves to face south with four large islands off shore.   The Santa Ynez mountains jut up just a few miles inland providing a scenic backdrop, and spectacular views from the foothills and ridges.  With a temperate year round climate, beautiful landscape, and fertile valleys the towns along this coast are beloved by travelers and residents alike.  The Spanish and Mediterranean inspired town of Santa Barbara is jewel of this coastal region. 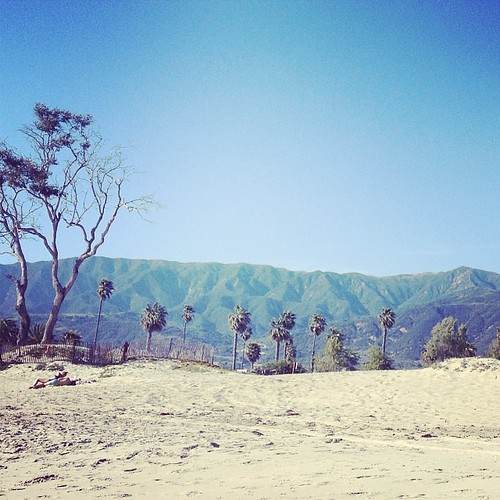 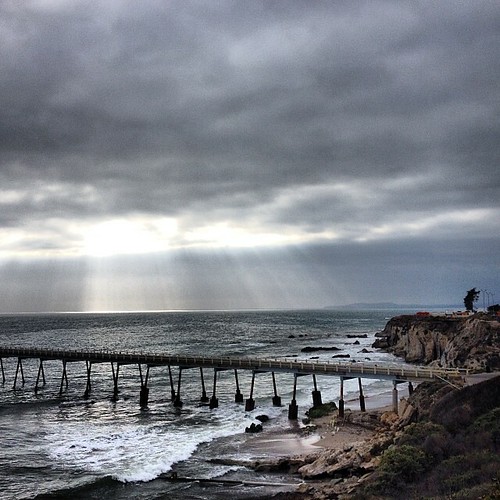 END_OF_DOCUMENT_TOKEN_TO_BE_REPLACED

Southern California has been a conundrum and confounding for us.  If there is a place that spotlights our cultural failings, it is here.  Here among this beautiful landscape of rugged coastline, hills, mountains and fertile valleys something has gone terribly awry. It is tough to know what has more plastic in it, the ocean from the cavalier attitude towards the environment, or the peoples’ souls from all the garbage they cram into themselves.  Like the temple of Zeus on Mt. Olympus, mansions line the hills and mountain tops, while the Mexican labor toils in the heat of Hades in the fields below.   The latest new age spiritual fad is discussed at length on cell phones while swerving through traffic, or at the hot new cocktail bar.  Cigarettes are banned, but the smell of skunky weed fills the air.   College students riot in the streets, not for a political cause, but when simply asked to turn their music down (Deltopia).  It is a place where people look at you while passing on the street, only to look the other way if you smile.   All of the area woes are blamed on the people from The Valley and the illegal immigrants.  Enabling homelessness and drug addiction seems to make people feel better about themselves.  There is a law for just about everything, yet common decency and civility remain elusive.

This place is adrift, like the 17th century maps that depict California as island; it is sinking under the weight of mismanagement and self indulgence.   The State and municipal governments are massive bureaucracies that are corrupt and are no longer able to be effective due to poor leadership and a heavy burden of an overly generous pension system.  Slowly, the towns are going bankrupt while education, parks, and infrastructure take a back seat to retirement funds and the regular occurrence of waste and abuse.  A two year drought has done little to change water usage despite the pleas of local officials.  It is the land of perpetual adolescence, as can be observed by 65 year old men, and mothers’ of three dressed like teenagers.  People here do not actually develop along personal or spiritual lines; they adapt personas and wear them like gang colors.  Yes the cliché of Southern Californians being fake is true, they just don’t know it.   Long gone are the days of the laid back surfer dude, or counter culture hero; these are the times of self affirmations and revering celebrity.  Disney-fication and the corporate takeover of the mind are seen here more intensely than anywhere else in America.

“We are so fortunate to live in such a beautiful place,” drones off the lips of the residents like a mantra confirming that despite all the troubles it is worth it.  While real estate prices are astronomical, there are few jobs that pay high wages so many people work multiple just to get by.  Once their youth has worn off, people here look tired, frustrated, and a few short of a full deck.  There is a lot of crazy in Southern California.  Homeless, schizophrenics, and addicts who have just given up, are seen with regularity and accepted here. Sometimes I feel like they are the ones who have figured it out.  Southern California entices with beauty and glamour, but it leaves us a bit baffled and feeling a little weary. 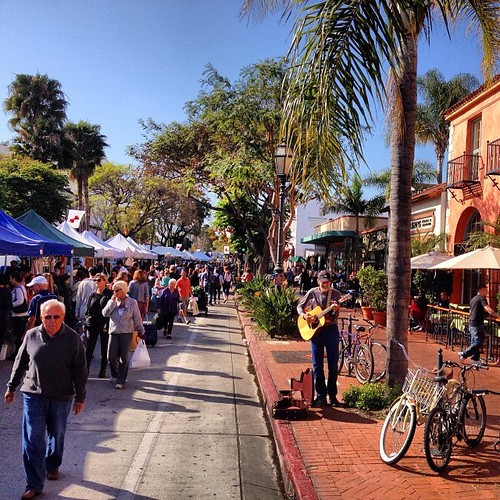 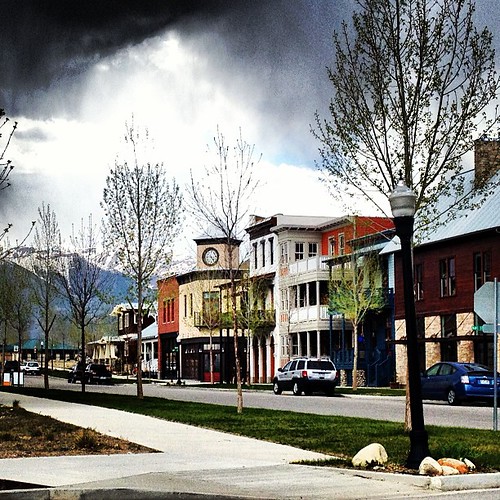 END_OF_DOCUMENT_TOKEN_TO_BE_REPLACED

The Cedar Keys in Florida are a small group of islands located in the Gulf of Mexico about half way between Tampa and Apalachicola in what is known as, “The Nature Coast.”  It is also called “Old Florida,” due to the lack of development and ubiquitous strip malls.  Cedar Key is a small island town of less than 1000 residents that support themselves clam farming and with a modest tourist industry.  This place is every bit of the old fishing village one can conjure up in imagination; weathered piers and fish shacks, with well worn boats built for a singular purpose.  A small group of artists also call the island home, establishing a collective and adding a hard to miss funky charm.  The pace is slow, the work is hard or long, and there is little more than nature to provide entertainment.  It is frequently compared to what Key West was during the time of Hemingway. 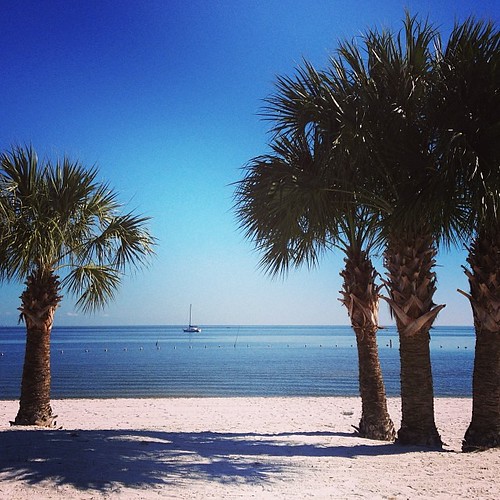 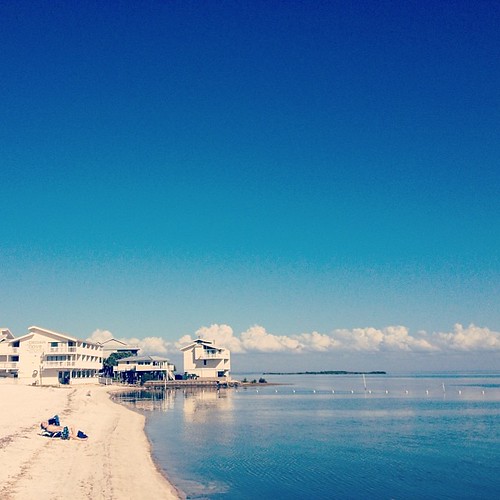 END_OF_DOCUMENT_TOKEN_TO_BE_REPLACED

The more Alayne and I travel around this country, the more I realize that there are many different Americas. As I write this we are in the town of Cedar Key, Florida where the local mantra is, “If it can go well, it will.” This is a very optimistic view for a town that most would consider sleepy with limited options. Yet, the residents and visitors alike smile, wave and laugh with regularity. This remote island town, almost an hour away from any “real” civilization, is contented to go its own way. In places like this that resist “Starbucking,” the homogenization of America, where the locals feel little need to keep up with the Jones’s or anyone else for that matter, feel authentic and real. The American spirit of freedom and independence is alive here. Often it seems the further one is away from “civilization,” the more civilized and community oriented the people are. 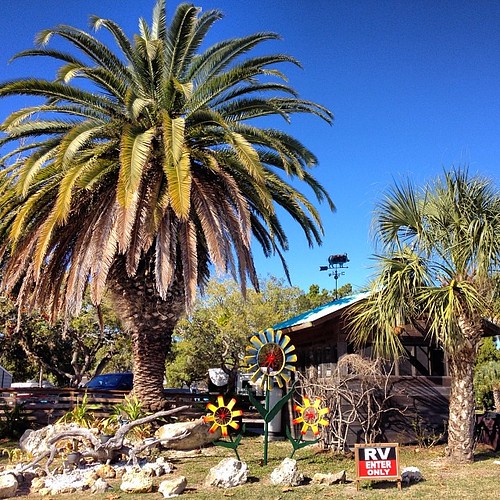 END_OF_DOCUMENT_TOKEN_TO_BE_REPLACED

Life is too short to hang onto unpleasant circumstances that can be changed.  While change can be scary and takes work, the willingness to do so often beats the willfulness it takes to remain stuck in state of familiar, yet comfortable dis-ease.  In 2013, we stepped off into the unknown that we hardly planned for, and ended up finding adventure and making new discoveries along the way.  I guess it could be said that 2013 was a pioneering year.

As a non-retired couple living and travelling in an RV fulltime, we are bucking convention and it has allowed us to have an outsider’s view on ourselves and the culture we live in.  We have been able to recognize the many good hearted, creative and adventurous people doing inspiring things, and have seen cultural ills too.  There are many different Americas, each is unique and worth taking the time to appreciate.

END_OF_DOCUMENT_TOKEN_TO_BE_REPLACED

Maybe it was turning 40 last year or a period of expanding awareness that encouraged me (us) to step off into the unknown.  Looking over the past decade, while filled with events and changes, I felt as I had slept through several years on automatic pilot.  Much of my life was filled with only semi-conscious hours and it was moving quickly.  Life had developed a predictable rhythm; it was comfortable and easy to keep in synch.  I had routines to fill the hours and the same thoughts filling passing days.

There is no escaping it, 40 is middle age.  Though I still feel young, approximately half the time I have been given has been used up.  Dreams have come and gone, success and failures too, none of it quite working out like I had thought it might.  Even the moments of great ego satisfaction were so transient they did little to erase the feeling I was missing something, a subtle underlying discontentedness. I felt like a passive observer, instead of an active participant.  The culmination of feelings resulted in my ability to listen and trust that we (I) get what we need, not always what we want.  I took my fingers off the microphone and listened to the receiver.

END_OF_DOCUMENT_TOKEN_TO_BE_REPLACED

At the start of our adventure, we hadn’t planned on spending so much time in the desert, largely because we were unaware that there was so much of it in this country. As easterners, when we thought of the desert, the image of brown, scrubby and barren came to mind, a waste land. Never did we think that it was colorful, filled with life, delicate with ever changing landscapes and vistas around every bend. Nor did we know that it would attract us, and spark a desire to want to better understand its mysteries.

END_OF_DOCUMENT_TOKEN_TO_BE_REPLACED

Our trip across country is more than a story of a couple who broke free of convention and decided to take a risk, but more importantly is a tale of recovery.  Just a few short years ago I was in the dark depths of alcoholism; filled with anger, self pity and self-centeredness. My career, marriage, sanity and freedom were all in jeopardy.  Even with all of the consequences and misery at hand I was consumed, beaten and felt powerless.