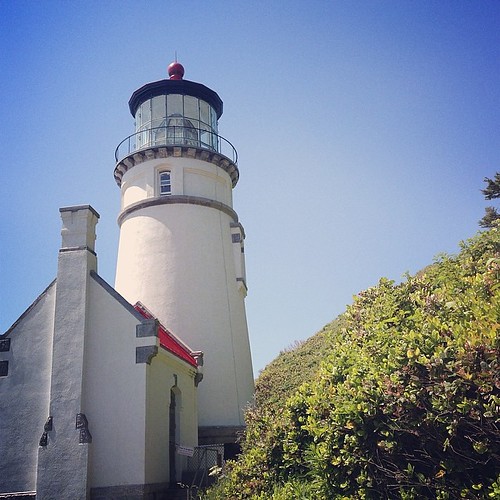 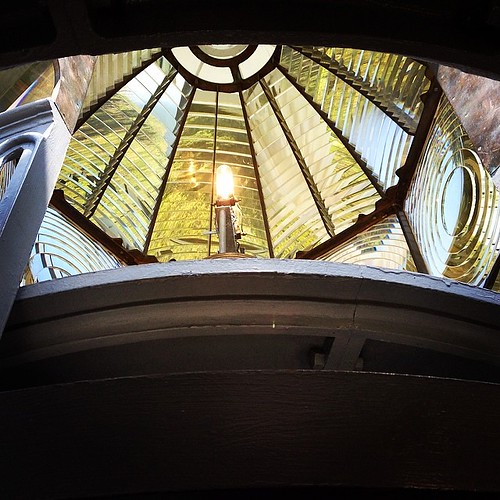 The Oregon State Park system is very accommodating to RVing volunteers. Heceta Head volunteers are given a free campsite at the beautiful and relaxed, Carl G. Washburne State Park just a couple of miles away. Here, volunteers can have a pick of the full hook-up sites, access to a private laundry room and clean wash rooms, and even mail delivered to your door. The only downside, or upside, is that there is no cell service or TV reception. Unlike most park systems, Oregon only requires a 1 month commitment, which is perfect for folks who don’t like to stay in places too long. Volunteers are given an hour and half crash course on the lighthouse and its history, an informational booklet, and are thrown right in with other volunteers giving tours, almost immediately. It is pretty easy to pick up and feel like an expert in just a week or two. 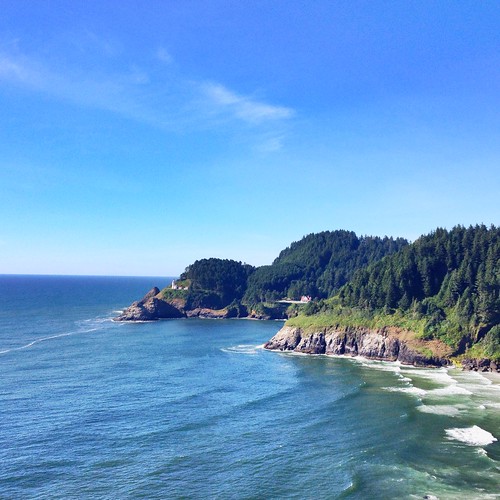 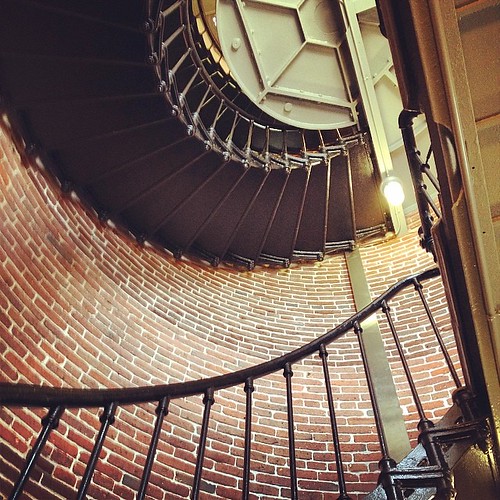 On a more subjective note, we have found the highlights to be plenty. The campground is located in between two small towns that “bookend” what is considered to be the prettiest drive on the coast. The charming town of Yachats happily furnished us a library card at its independent library, which we have made very good use of. There are at least half dozen scenic trails in the area for hiking, one at the campground that I used, along with the beach, for a 4 mile running loop (awesome!). The Cape Perpetua Scenic Area is a short drive away and offers nearly unrivaled scenery. The view from the lighthouse has provided us a visual feast with Gray Whales spouting, Sea Lions sunning, and Bald Eagles terrorizing a colony of nesting Murres (a small penguin like bird that lives most of its life at sea). The interactions with the public and other volunteers have been almost entirely pleasant, and while the weather is variable in June, it has been more than fair. Indeed, this is one of the rare jobs where we have felt more relaxed leaving work than when we arrived.

If you have any questions regarding volunteering, we will be happy to share our experiences. 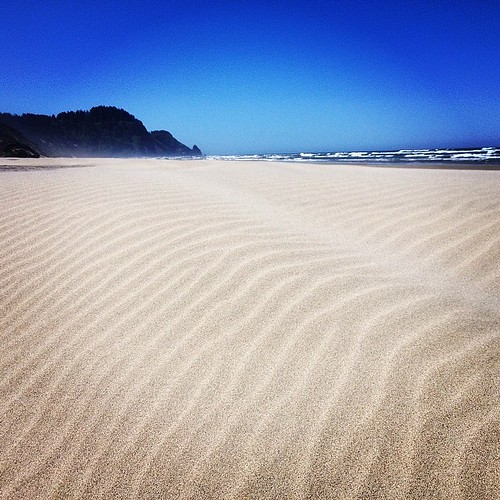 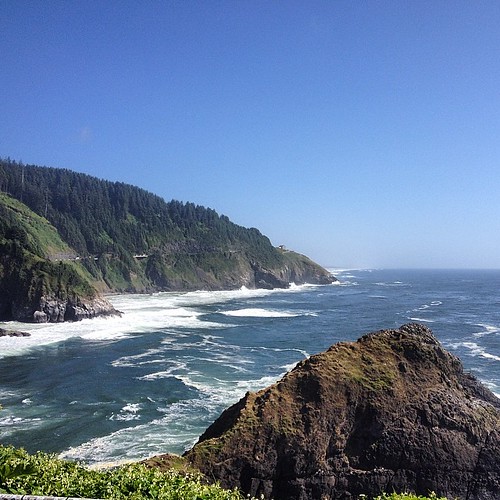