The tag line for the Central Oregon Coast is “Where the Forest Meets the Sea.”  It is one of the few places in the country where one can hike in a mature forest of towering pines with rich undergrowth, while listening to and seeing glimpses of the ocean at the same time.  It is also where over-sized sand dunes stretch for forty-two miles south to north, resembling a mountain range of sand.   Where the dunes end, the rocky coastline made of volcanic rock, synonymous with this coast, begins.  Two hundred foot vertical cliffs tower over surf beaten rocks below.  Some are like small islands that provide refuge for birds and sea lions.  Others jut out from their headlands, providing the viewer with dramatic wave crashes and exploding sea spray.  While yet others, provide a protective sanctuary and nursery for burgeoning and delicate marine life in their tide pools. 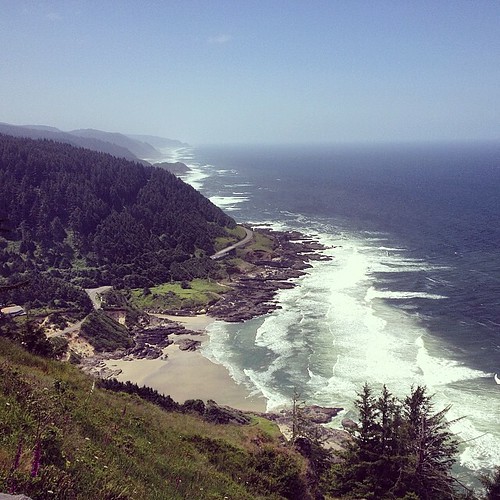 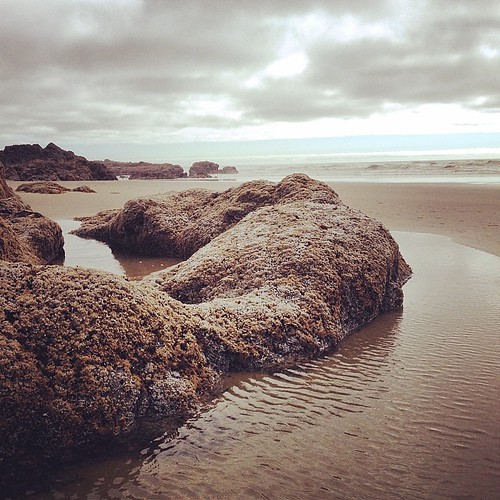 The small towns along the central coast are still visibly rooted in the traditional industries of fish and timber.  These industries are still the backbone in many and today are sustainably managed ensuring they will continue.  The towns also provide small scale accommodations for vacationing tourists.  There are no bustling beach towns here with high-rise hotels, mini-golf, or amusement parks.  The average high in the summer is in the mid-high 60’s with a water temperature even cooler, this does not encourage sun bathing or extended beach play time.  People tour this coast for the scenery.  With fewer amusements and distractions, the tourists look relaxed.  The day’s highlights usually come in the form of a whale or wildlife sighting, or a lighthouse or fish hatchery tour.  Indeed, the Central Oregon Coast is about connecting with history and nature and slowing down. 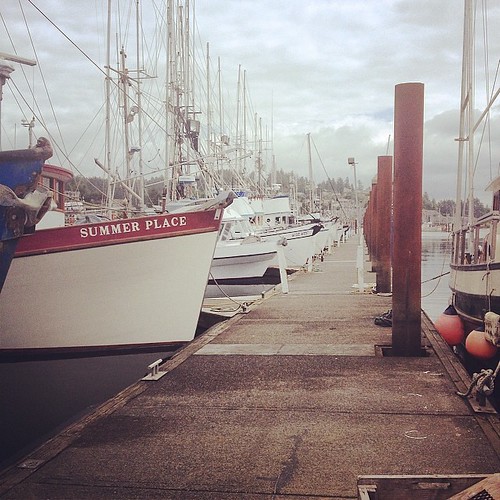 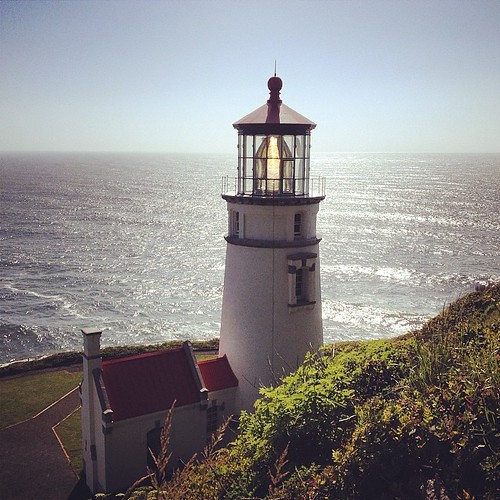 There is something special about the people of Oregon, and the central coast is no exception.  In our travels, we have yet to find a place where the people are friendlier, but it is something more than that.  Not only is the landscape green, the people are, too.  Seemingly everyone here is environmentally conscious to some extent, and makes an effort to support local businesses.  There is no pretension or liberal philosophy supporting this; it is just what they do.  Perhaps it was seeing their main industries almost collapse at one point, a self reliance that comes from being remote, or the influences from the native populations.  Whatever it is, they seem to instinctively know that they are in this together.  After spending a couple of months in Southern California, where self entitlement and anxiety runs high, coming to the Oregon coast has allowed our tensions to dissolve and reconnect with that which is good. 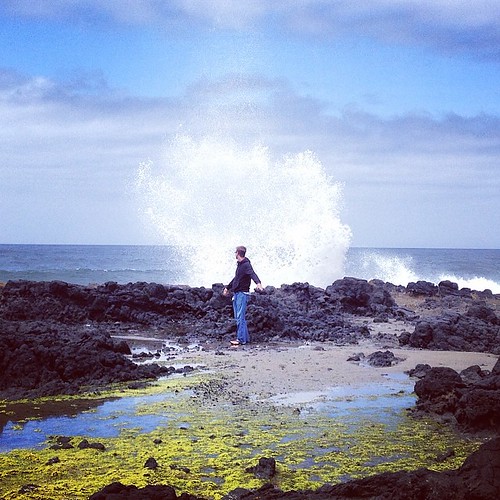 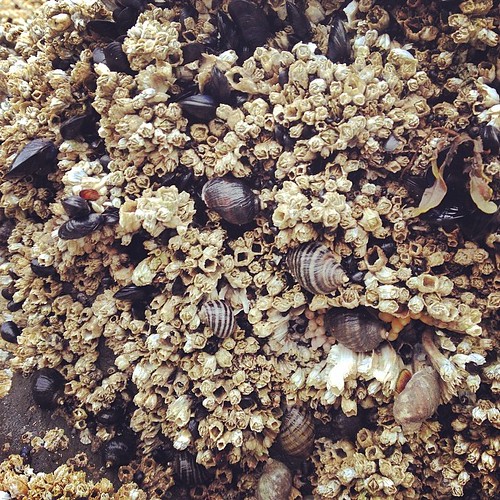 3 thoughts on “The Central Oregon Coast”